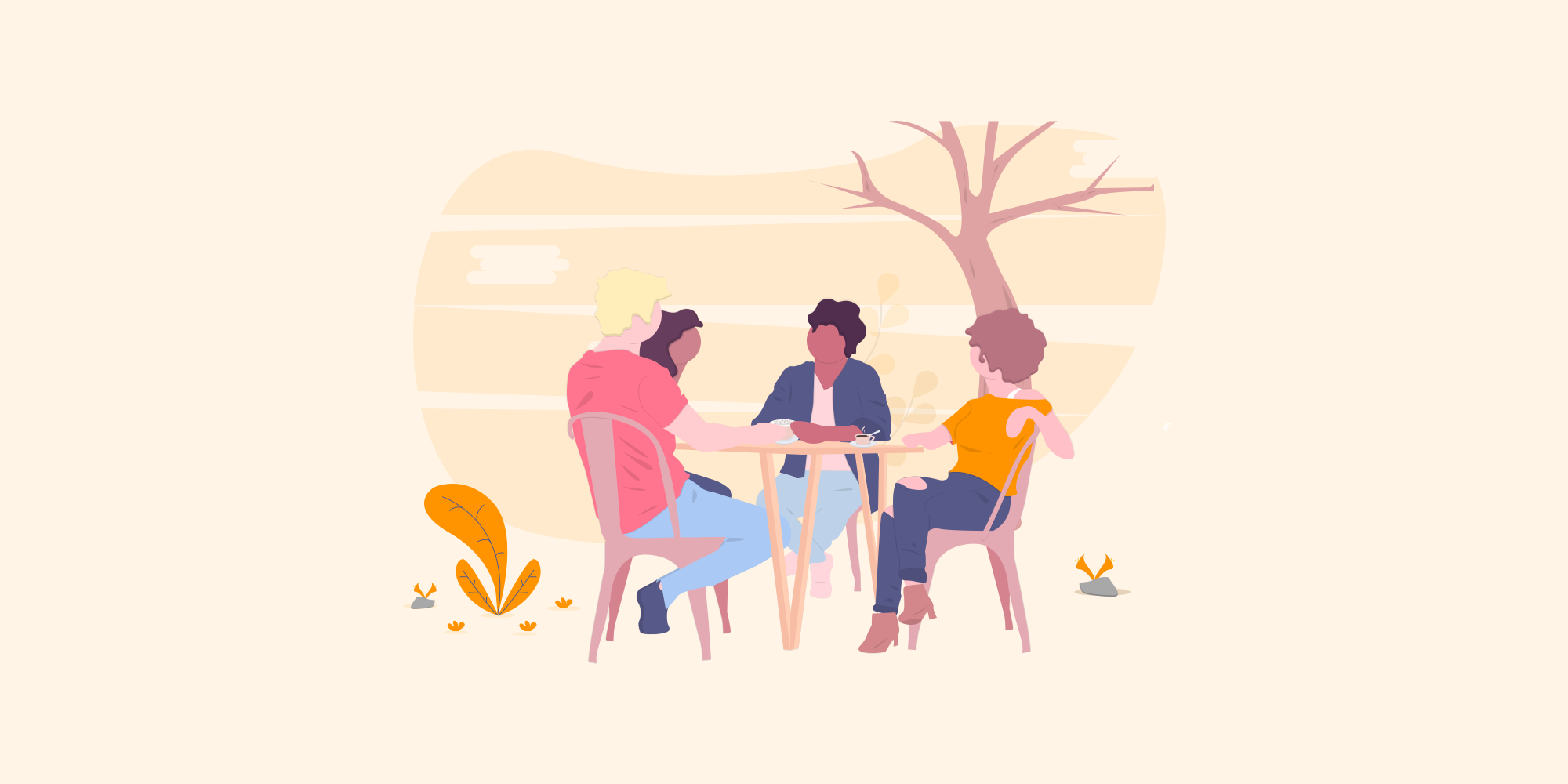 We all know that social relationships are important in life. They can impact our overall success, and there’s research to prove it.

For example, The Blue Zones Project has identified positive friendships as a key ingredient shared by those who live the longest. Researchers studied the most common habits of the people with the longest life-expectancies and distilled them into nine practices called the Power 9. Among the Power 9 is having “the right tribe.” Those who live to reach 100 years of age create social circles for themselves that encourage and support positive, healthy behaviors. The wisdom here is that habits can be contagious, so centenarians tend to choose social circles whose behavior supports success.

Gallup identifies that social well-being, one of the five essential elements of well-being, impacts health, happiness, and workplace productivity. These researchers found that people with thriving social well-being average about six hours of social time a day (defined to include time at work, at home, on the telephone, talking to friends, sending email, and other communication). In terms of workplace productivity, they found that the single best predictor was not what people were doing, but rather who they were with, and that even small increases in social cohesiveness led to big gains in production.

College students may not be thinking about a long life-expectancy now, or better workplace productivity just yet, but social circles still have a major impact on a present-day focus for them— their academic success. Janice McCabe, Associate Professor of Sociology at Dartmouth College, focuses on the intersection of college friendships and academic success in her book, “How Friendship Networks Matter for Academic and Social Success.”

McCabe’s 10-year research project, which explored the different ways social networks can impact academic success for better or worse, found that networks of students typically fell into one of three types: Tight-Knitters, Compartmentalizers, and Samplers.

How do these networks operate and how do they affect academic success? Let’s consider each of them individually to explore ideas of how to better reach students where they are most comfortable.

Tight-Knitters have social networks that are like balls of yarn. These are tightly connected groups that are not about individual and separate relationships, but mutual relationships among all members that are close enough to feel like home or family. In the study, most tight-knitters were students of color. At an average size of 13 members, these clusters of friends did everything together and served as a core source of support in good and bad times.

With a 50/50 shot of going either way academically, it can be great to remind tight-knitters that proximity matters. Gallup research found that the closer a friend lives to you, the more influence they will have on your well-being. The Hechinger Report also notes research that demonstrates studious friends and roommates can lead to higher grades in college. For students with a tight-knit network, the trick may be making sure they choose to live with an academically-focused roommate to ensure they stay on course.

Compartmentalizers have a social network that often looks like a bowtie. Here, a student has about 20 friends spread across two to four unrelated and separate friend groups, perhaps based on circumstances, such as friends from the same intramural team, organization, or classes. Typically, at least one of these groups is more academically-focused while another is more socially-oriented, with the former keeping grades at the forefront and creating a sense of connection to campus for the student.

The research found this pattern was more common among students from more privileged backgrounds, who tended to do well in college. NBC News reported that compartmentalizers were the “safest” of the three groups because they got their social and academic needs met. While the majority of compartmentalizers were white-middle class students, McCabe showed that minority students also did well in this type of network due to support with racial and economic challenges.

Since the challenge for compartmentalizers is balancing their academics with trying to keep up with friends, campuses can support these students by helping them develop practical time-management skills that emphasis balance, quality time with others, and self-care.

Samplers have social networks that look like a hub-and-spoke wheel, or a daisy. While they tend to have around the same number of friends as compartmentalizers, these friendships are one-on-one friendships rather than anything in groups. As a result, although these students do well academically, they can often feel lonely or isolated. McCabe noted that samplers came from diverse backgrounds and their friends didn’t know each other.

Known to be independent, samplers may reflect a Generation Z preference for autonomy in learning. However, we know that Gen Z also values relationships and that human connection is important. In fact, Gallup found that ensuring the college experience is relationship-rich is key in helping students maximize its value and that one of the “big six college experiences” according to the Gallup-Purdue Index is related to peer relationships.

Yet, while samplers may not have a lack of friends or involvement on campus, they may still feel alone socially and academically. McCabe wrote about this phenomenon in a piece  for HigherEdJobs. Great ways to help samplers feel more connected can include affirming their ability to succeed, normalizing the human need for community, and encouraging them to be creative in finding ways to connect their academic and social worlds. At the same time, if a sampler is also an introvert who gets their energy from time alone and values a few quality relationships over a multitude of less intimate relationships, it is important to honor this way of being rather than unload extroverted-focused advice that can feel exhausting.

How often do you involve students in the process of creating student success outcomes? You should...

The Power of Tutor Reflection

In the tutor-student relationship, we tend to focus first on the student getting tutored.

The Importance of Evaluating Tutors

In addition to training tutors and tracking their tutoring hours, it’s critical for their...